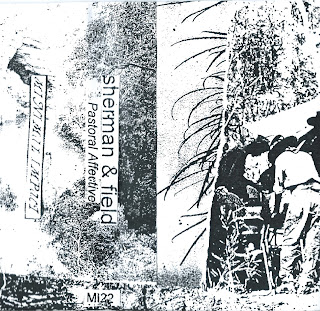 The debut tape from Ipswich duo sherman & field. Jam based experimental electronics / industrial techno recorded in a single take. Environmental sound presented as a waypoint or milestone in the development of this project. Dubbed on both sides of cassette for your convenience, with initial field recording mix contributed by TILES.
This recording is presented in a slightly abbreviated form, compromising some 28 minutes of the original length. Edition of 30 on upcycled cassette tapes with folded A5 insert. 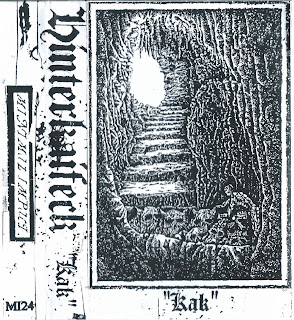 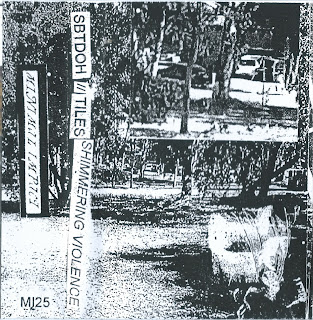 Split between Shrouded Recordings and Minimal Impact label heads. Two tracks each, conceptualised and recorded in the midst of Covid lockdowns, anti-imperial protests, and other widespread civil unrest. SBTDOH opens with a full on noise assault, interspersed with chunks of discourse delivered by notable civil rights activists. On the B side, TILES again reflects on and occupies psychogeography, manipulating field recordings from the suburbs of south-east Queensland. Familiar vocalisations are heard throughout, which describe sometimes distant, but otherwise common moments of violence and domestic unrest.

This release features full sized reversible A4 artwork from each label. This edition is printed with black toner on one side, and coloured toner on the other.
Released in Australia via Minimal Impact edition of 20 on upcycled cassette tapes. Tapes are dubbed and insert printed on unceded Jagera land.
Also released in the United States through Shrouded Recordings, which operates on the unceded land of the Menominee, Fox, Mascouten, Sauk, Potawatomi, Ojibwe and Ho-Chunk people.

Posted by MINIMALIMPACTNOISE at 05:36 No comments: 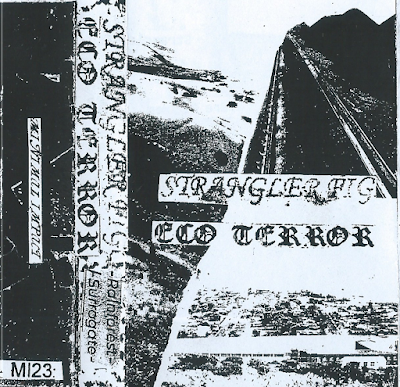 An experiment in nature simulacra, Rainforest Surrogate contains new sounds from underground recording acts Eco Terror and Strangler Fig. Recorded sparsely over a number of months during a period of time where Australians faced heartbreak and defeating conditions as wildfires raged across the nation.

Despite much attention having since shifted towards other global narratives, Rainforest Surrogate redirects focus towards the relationship between a culture of growth and localised land development phenomena. Named after Eco Terror’s offering, Rainforest Surrogate contains layered sound collage and sample work referencing HNW maximalism and its entanglement with abject imagery. This prospect of colonised and capitalised nature projects an undoubtedly bleak future.

Edition of 25 on upcycled tapes.
Posted by MINIMALIMPACTNOISE at 01:32 No comments: 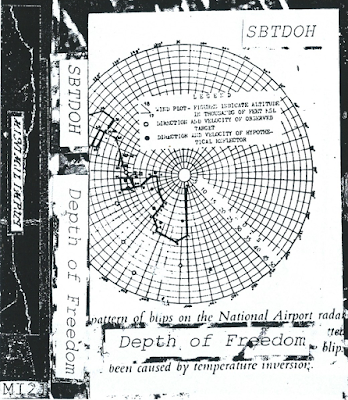 Fresh off the back of a sold out release on Fusty Cunt, Wilwaukie, Oregon's Brian Fletchner delivers six new tracks of militant wall noise as SBTDOH. While static and unmoving, there is a specific sense of character evoked by these arrangements. Acronyms aside, the articulation and wholesale manipulation of noise frequencies shows clear compositional intent. Blistering walls have become a genre staple. These are however not however misguided, click-and-play adventures, each is a recognisable piece in it's own right. Overall a short release, which demonstrates the narrative potential of this form of noise musick.

Posted by MINIMALIMPACTNOISE at 18:08 No comments: 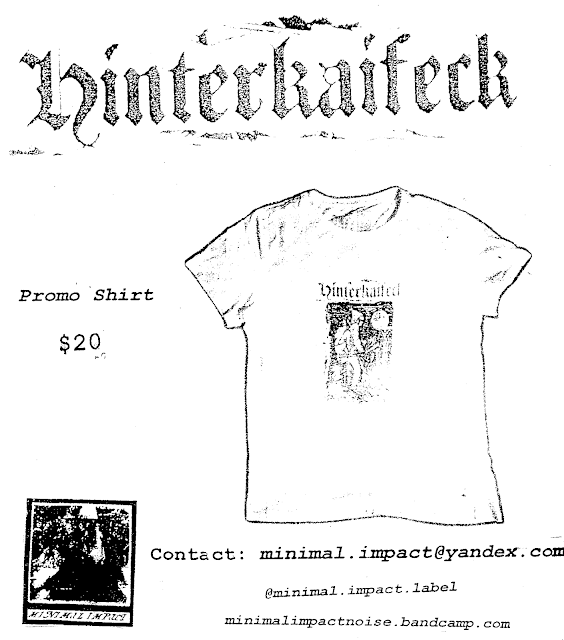 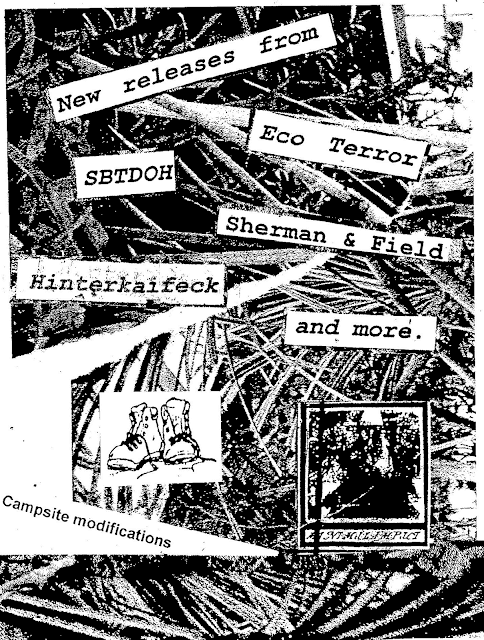 
Posted by MINIMALIMPACTNOISE at 19:03 No comments: 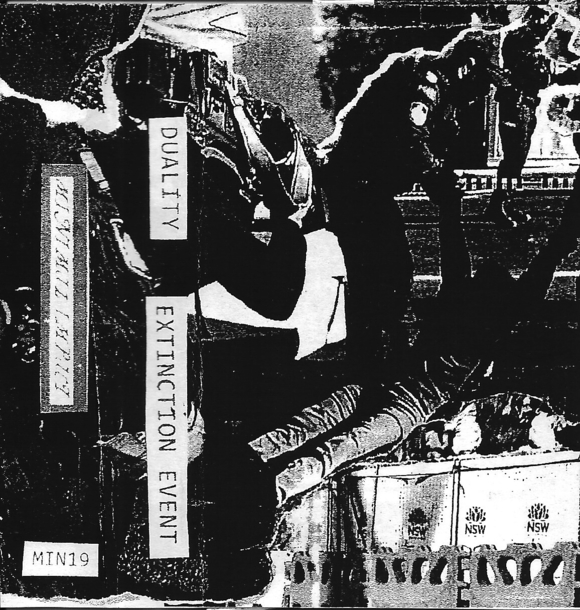 Adelaide's Duality delivers six tracks of grainy and oppressive power electronics on 'Extinction Event', inspired by Tiqqun and The Invisible Committee. Edition of 30. 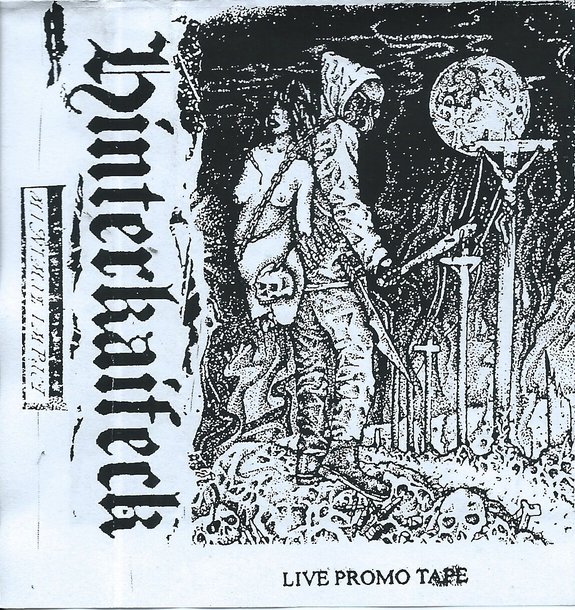 Hinterkaifeck's LIVE PROMO TAPE contains four tracks, with influences from Holocausto and Darkthrone. Hand numbered to an edition of 42.

Each comes with a full layout with xerox artwork and liner notes.

Or stream in full at - https://hinterkaifeckbm.bandcamp.com/album/live-promo-tape

A second run of the Hinterkaifeck tapes is planned and will feature the same insert, however with a catalog number printed. Ed of 41.
Posted by MINIMALIMPACTNOISE at 20:04 No comments: 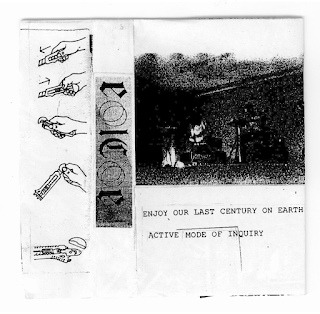 Formed in 2016 through a chance meeting in the institution, the duo have remained stalwart about their intention in negating monoculture. Included are two studio tracks, and a live demonstration recorded early 2018.

Edition of 40 on upcycled cassettes with xeroxed covers. 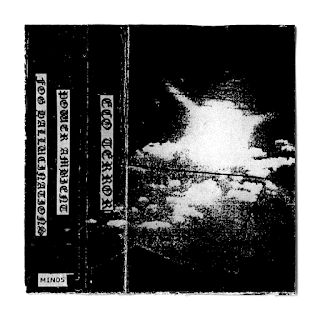 "On the 26th of June 2018, a thick fog materialised over the city of Melbourne and remained for several days. It was perceived as innocuous by many, and so, the populace of Melbourne wearily continued its midweek grind. However, it was revealed that the fog was actually particulate pollution caused by motor vehicles and industrial activity. The consequences of modern industry, once an exported phenomena, became momentarily tangible in the faces and lungs of an Australian population. Despite this, the grind continues indefinitely, as if nothing ever happened.."

This release marks Eco Terror’s first in several years, after initial plans for a cassette release in 2016 fell through. Minimal Impact is proud to present this edition of 32 upcycled cassettes with xeroxed jcards and labels. 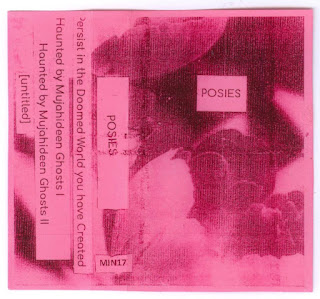 Reissue of POSIES self-titled tape from 2015. An exercise in post-industrial decay, the four recordings on each side are cold, left-of-field reminders of an enduring, archaic metonymy, realized through ritual, synthetic noise and sound collage. First widely produced run, dubbed with permission from original private edition of 5 to preserve a bonus cassette only track. Limited to 28 colour toner copies on pink jcard.


Purchase/additional details at Bandcamp, or email for other inquiries. 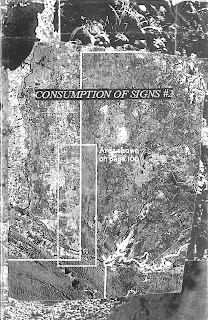